What’s Wrong with Us?

There’s an odd trend popping up in the memes and blogs of the world. Sitting unobtrusively among the cat pictures, epic fails, and rage comics, are images such as these: 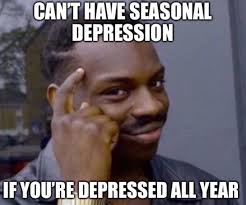 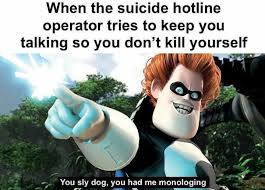 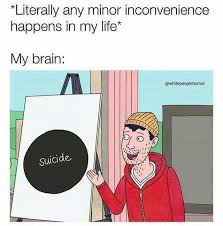 Memes and pictures about depression (most commonly “crippling depression”), anxiety, stress, loneliness, desperation, and suicide have exploded over the past few years, and I’m not the only one to notice it. Mostly these issues are played off for laughs, as in most of the images above, but since these themes of mental illness have become more common depression and anxiety have gone from being part of the set-up to the entire punch-line.

Maybe this is part of a broader societal problem. A while back, a study showed that normal children today experience as much stress as psychiatric patients from the 1950s. We can look at some of the more popular tools for measuring mental illness that have been used over the years and see that depression has been steadily rising:

And in a college counseling center, they found their anxiety scores spiking.

Diving into the literature

I tried to see what the mental health literature had to say about nerds.

Besides finding out that there is a disease called Non-Erosive Reflux Disease, I didn’t accomplish much here. Really, there are a few fundamental problems getting in the way here –

The truth is, we’re probably not going to see a strong literature basis on nerd problems for the same reason that we don’t see a lot of literature on “nutjobs” or “whackos” – it’s just not science-y enough of a term. This is where an insider’s perspective can come in really helpful – by thinking about what makes someone a nerd, and thinking about what might be contributing to this increase in mental illness, we can come up with a few hypotheses.

I think this is the most likely hypothesis and also the one that I am the most skeptical about. It’s commonly thought that people with depression view the world more accurately. And it makes sense that a more active, creative mind will be more capable of finding something to worry about. It’s pretty safe to say that intelligence is a double-edged sword. I’m most skeptical because of how much this explanation flatters the subject. This is basically the mental health equivalent of a humblebrag – “Oh boy, I’m just so darn intelligent that it’s causing such distress.” 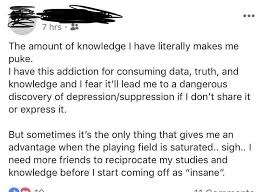 I don’t want to blame the victim, but therapists are always looking out for signs that clients are identifying with their illness. It’s a way of avoiding actually having to deal with problems or emotions – I can’t actually work on my depression because it’s part of who I am, or it’s something that makes me special. But part of what makes the difference between depression and sadness is that sadness is normal, depression is a problem.

ON THE OTHER HAND – ntelligence can be an ally as much as an enemy. As much as our nerdy minds work in overdrive to find us things to worry or get sad about, they’re also highly tuned to problem-solving. Studies have shown that people with genius-level IQs tend to have higher depression and anxiety. Articles and historians have pointed out the connection between Bipolar disorder and geniuses like Van Gogh or Sylvia Plath. It’s important to note that this is not the same as correlation – people with low IQ also tend to have higher depression. Another study showed that people with high intelligence actually tend to be happier than people with low intelligence. And yet another study showed for people with an anxiety disorder, higher IQ meant higher anxiety, while in people without an anxiety disorder, high IQ meant lower anxiety.

So the literature seems to be all over the place, and like with most things in psychology it’s just not simple. IQ by itself won’t tell you much about depression or anxiety. People at the very top and bottom of the bell curve definitely have a harder time, and mixing a high IQ with another ingredient like Bipolar Disorder or Generalized Anxiety Disorder can be interesting. But for most of us, intelligence is good!

Alienation can take two forms for nerds. There’s always been an unwelcome social isolation that comes from our more fringe interests, although recently nerd interests are going more mainstream. We also have a tendency to be more awkward and introverted, so we struggle to get the kind of necessary socialization that human beings are programmed for. On top of that, we spend a lot of time intentionally alienating ourselves using technology.

In Zen and the Art of Motorcycle Maintenance, Robert M. Pirsig wrote: “All this technology has somehow made you a stranger in your own land. Its very shape and appearance and mysteriousness say, ‘Get out.’ You know there’s an explanation for all this somewhere and what it’s doing undoubtedly serves mankind in some indirect way but that isn’t what you see.” I was fascinated by his exploration of how technology can alienate us from the world, understanding and the present moment. I was especially fascinated because he wrote the book in 1974 and the technology he was talking about is,  like, dishwashers.

But it’s true that the world is getting fuller and fuller and lonelier and lonelier. One of the terrible attractions of a smartphone is that at any moment, we can have a superficial connection with a like-minded individual or mass-produced media. We have more ways to avoid that awkward small talk on the bus or the elevator, and we’re spending less time inside of our own minds or connecting with the actual physical world around us.

Don’t believe me? Believe the data. Smartphone overuse can lead to increased anxiety, depression, and worse sleep. Increased computer use can lead to depression and interrupted sleep. The theory is pretty sound as well. We know that one of the best ways to combat depression is physical activity and novelty. The problem with all of our gadgets is that they reinforce our worse habits – sitting around and going to the familiar. We’re not challenging our intellect or our emotions with new experiences, we’re just digging ourselves into a rut.

That’s not to say that all smartphones or computers are bad. The studies above really talked about overuse, and they weren’t looking at more active smartphone use, like with Pokemon GO. Like anything else, technology use is done best with moderation. Unfortunately, nerds are not know for how tempered and modest we are with our interests.

This is where the lack of research into nerds really becomes a problem. I have no idea how many “nerds” were bullied in school, or who may continued to be bullied as adults, or who were abused by parents. Media and my own experiences say its common, but I have no idea.

I do know that bullying and abuse are two of the most common predictors of mental illness. Some of the factors that underlie any mental illness are our concepts of ourselves (like self-esteem) and our concepts of the world. We make conclusions about who we are as a person and what kind of place our environment is from our experiences, and if the people around us are hostile, threatening, mean, cruel, etc. then that’s what we’re going to expect from people. And if we start to see ourselves as weak, or as victims, then that’s what we become.

Of course, it’s a mix of all three.

Nerds are a beautiful, horrible mixture of brilliance and weirdness that can put a man on the moon or in the psych ward. Our vulnerability to mental illness comes from those attributes which make us unique – our intelligence, our quirky personalities, our troubled histories.

HOWEVER, the reason that I started this blog, and the reason that I made this post first, is to focus on the opportunities, not the risks. Vulnerability does not mean inevitability – just because we have these traits which are risk factors for mental illness or correlate with depression and anxiety does not mean these are bad traits. And those conditions that nerds are particularly susceptible to – depression and anxiety – are also some of the most treatable and preventable mental illnesses. The whole purpose of psychotherapy is to help people apply their strengths to the problems that they face.

Nerds are perfect candidates for psychotherapy. We are intelligence, well-educated, diligent, and natural problem-solvers. What most of us lack is expertise in this particular subject area. Many of you suffering from depression and anxiety have probably thought “Man, I wish life was as easy as [math/physics/video games]”.  The truth is, you need some tools and knowledge. Those tools are out there, you just have to know where to find them.

1 thought on “The Painful Price of Nerdiness”